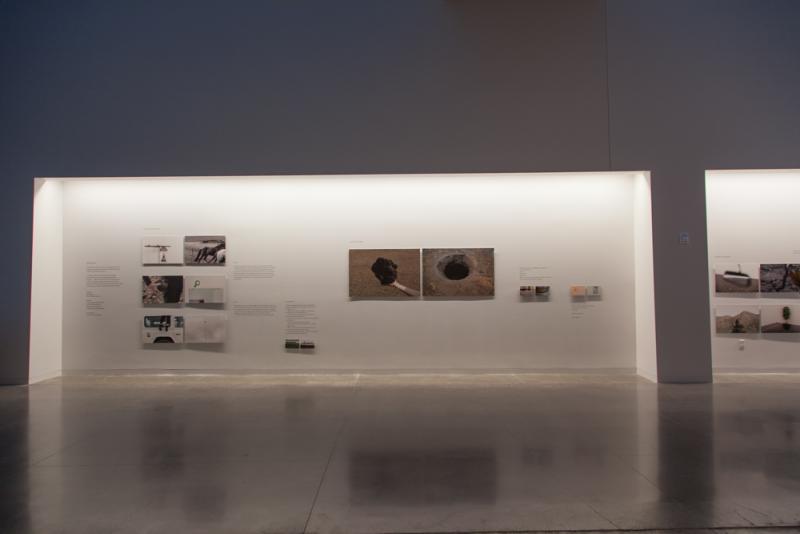 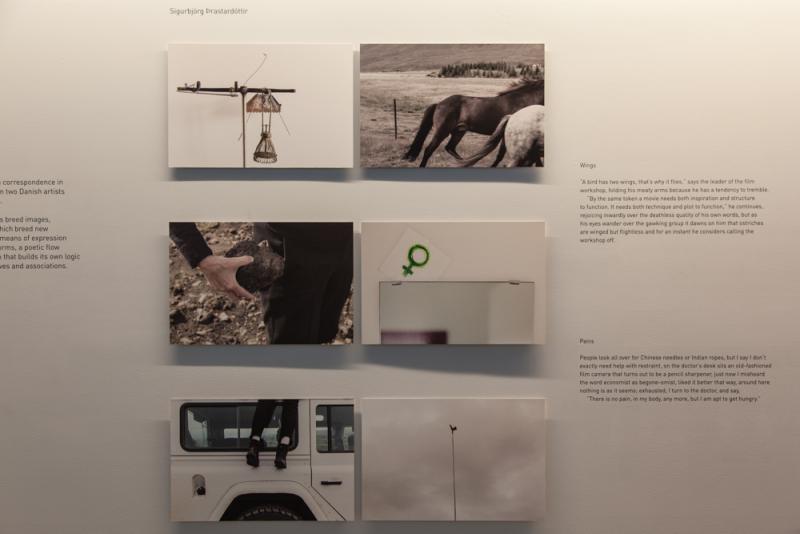 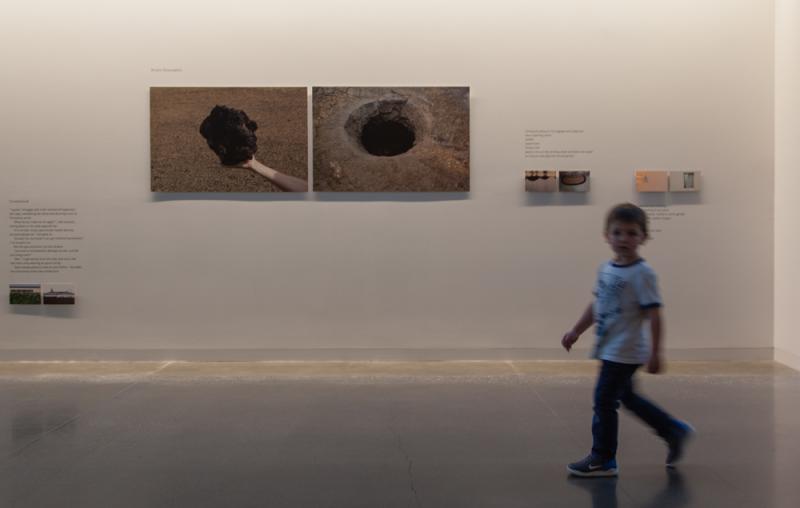 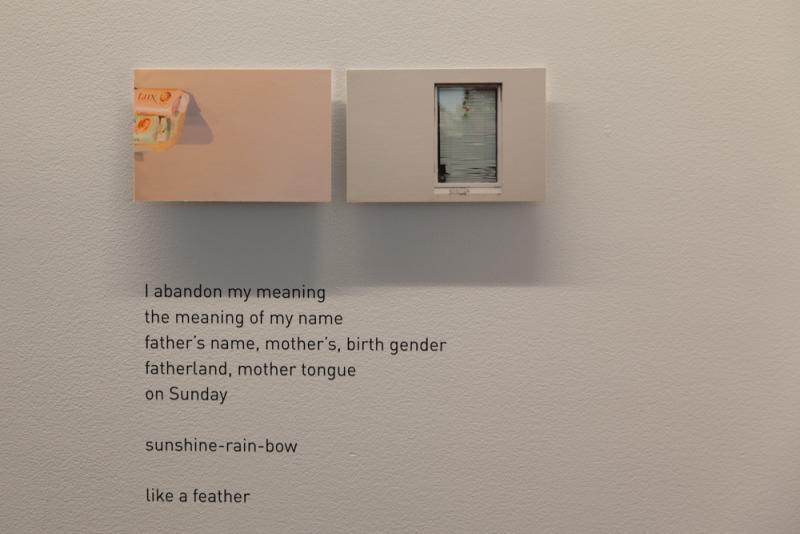 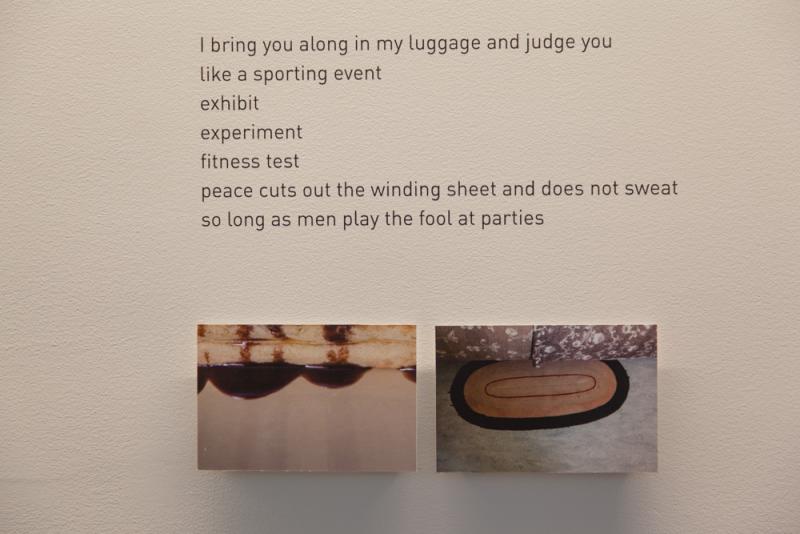 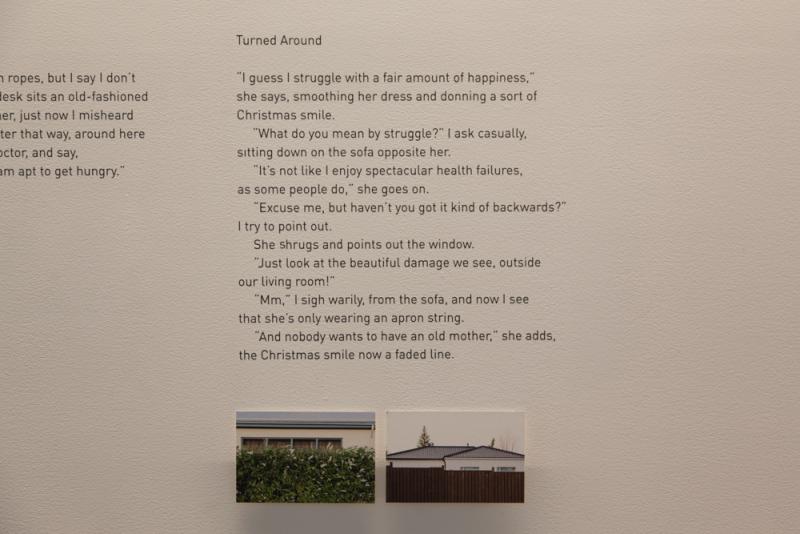 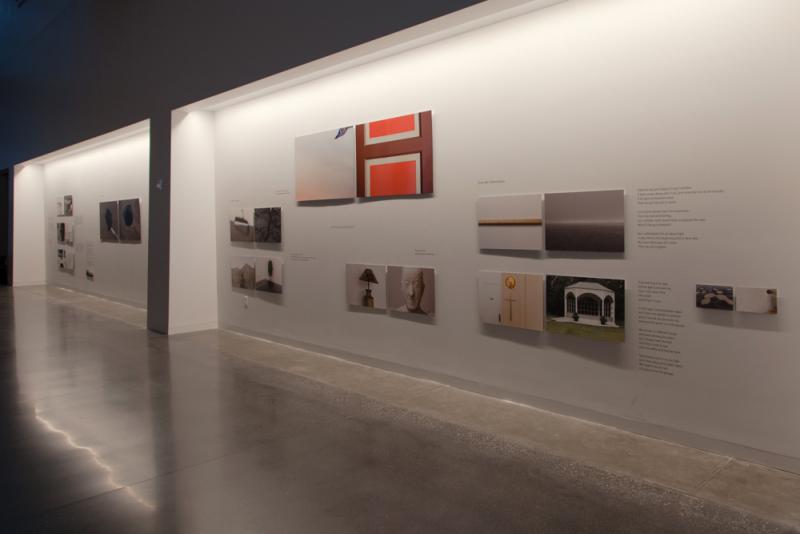 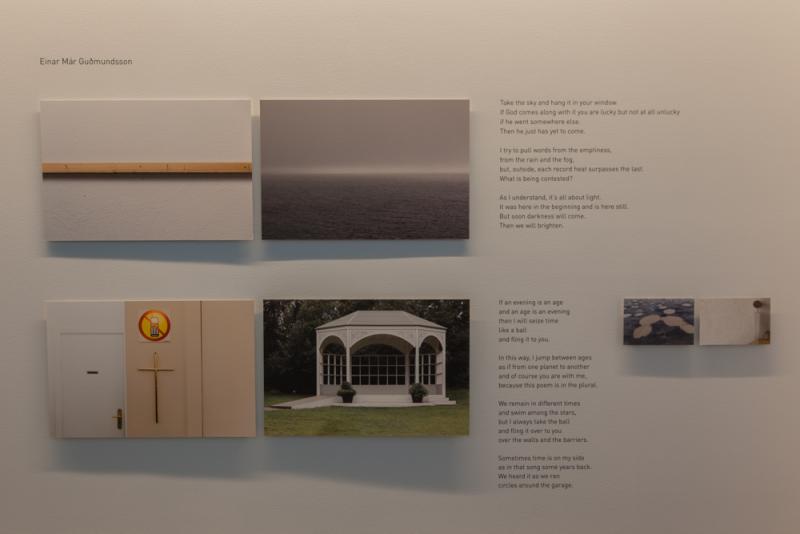 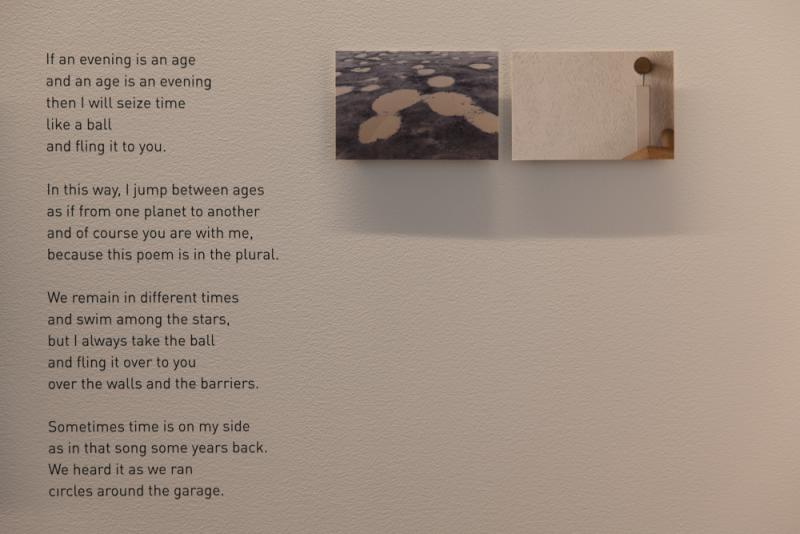 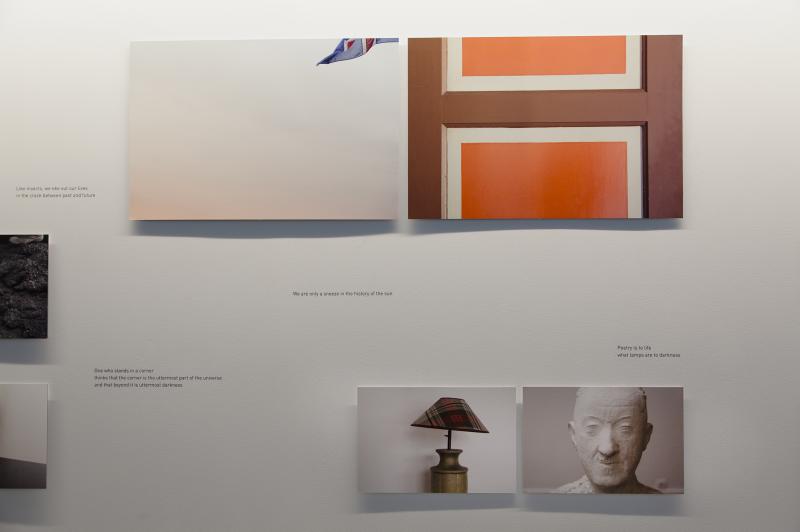 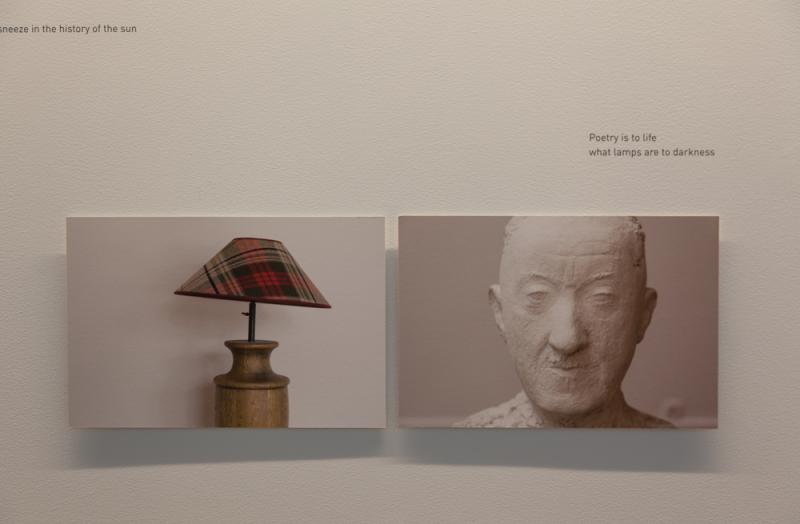 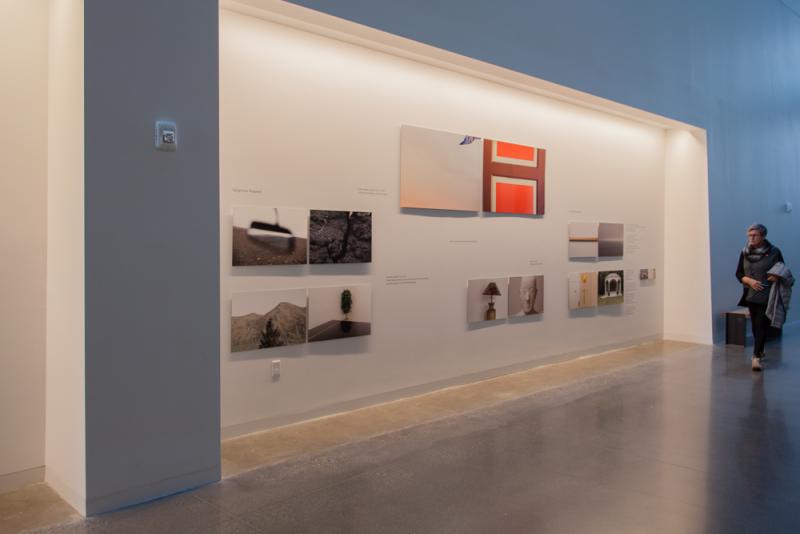 Eyesound was shown November 2018 till Marts 2019 at The Nordic Museum, Seattle, USA

Eyesound is the result of a correspondence in images and words between two Danish visual artists and four Icelandic authors.
Images breed words, words breed new words, which breed new images ….. Where the two means of expression meet, a thought-stream forms, a poetic flow and room for conversation that builds its own logic and opens up new narratives and associations.

The exhibition Eyesound shows a continuous flow and narration in text and images. The photographs are combined two and two - one of each artist. The texts and the pictures support each other / or work against each other. The authors, who were invited to the project by Iben West and Else Ploug Isaksen, initially received two photographs – composed of one from each of the artists. The authors answered back with shorter pieces of texts, and the artists responded with new sets of photographs and vice versa. It is a conversation.