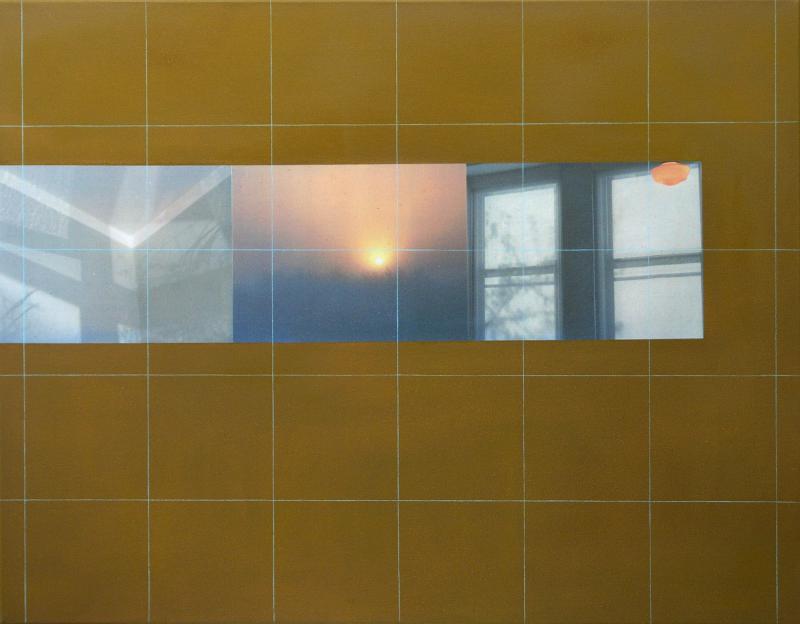 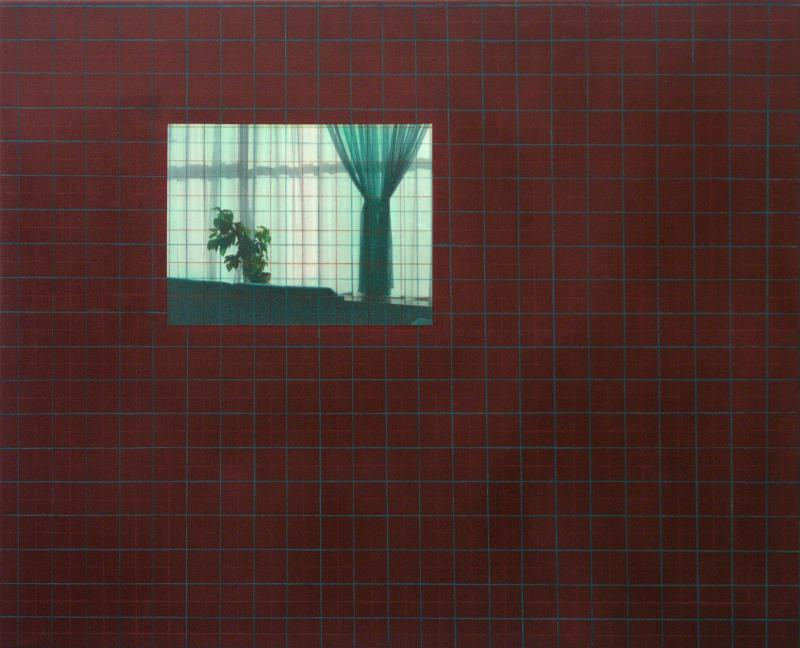 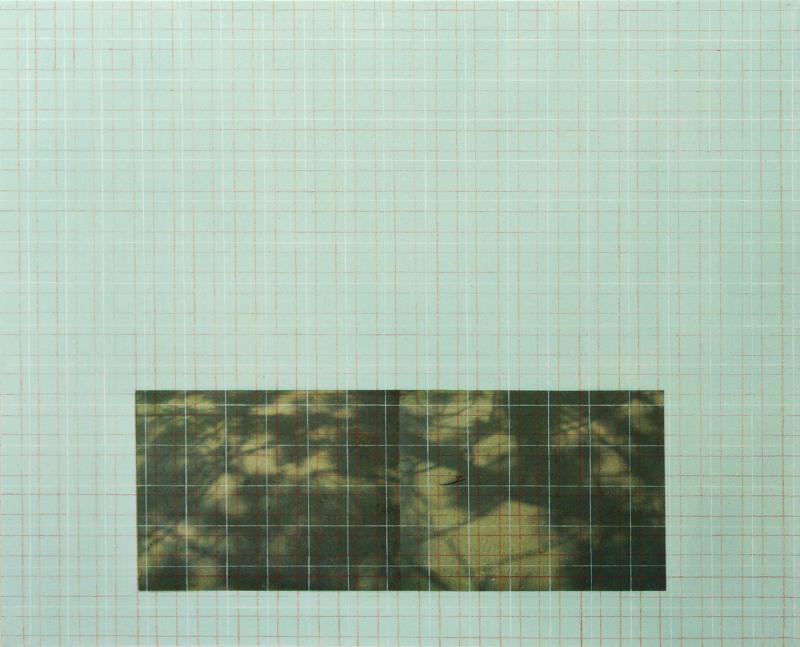 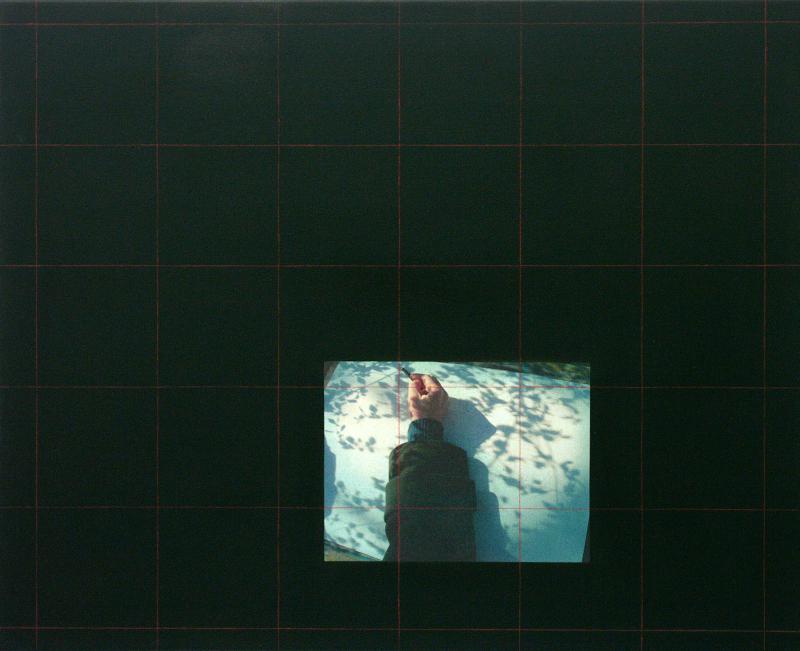 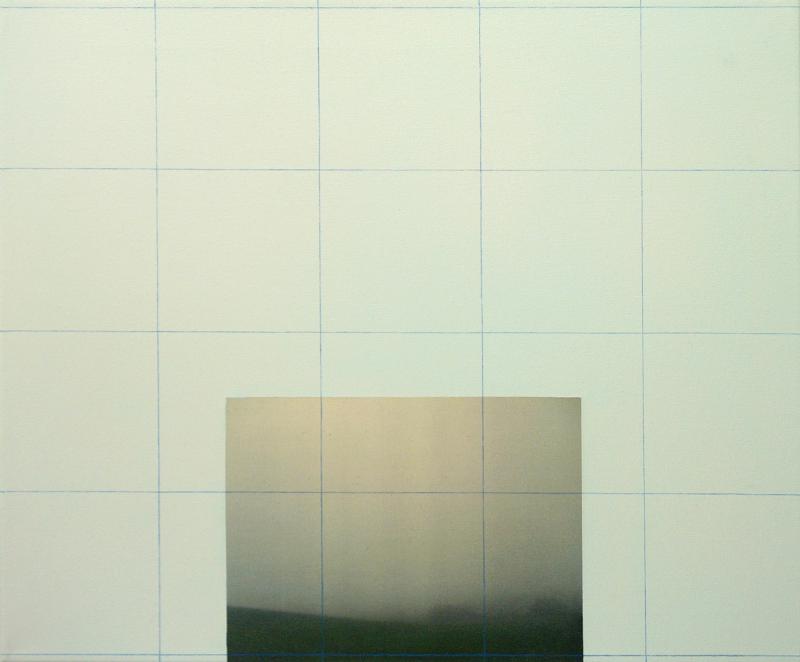 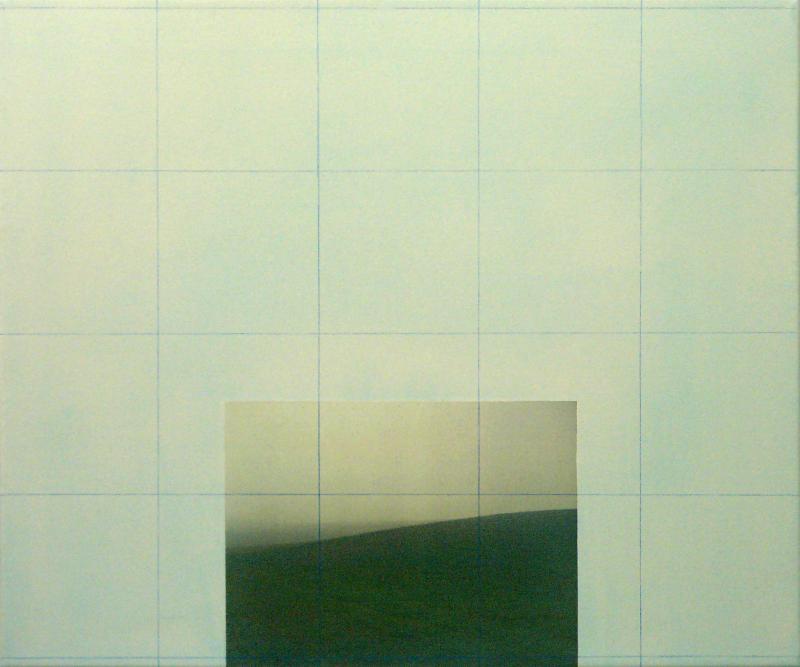 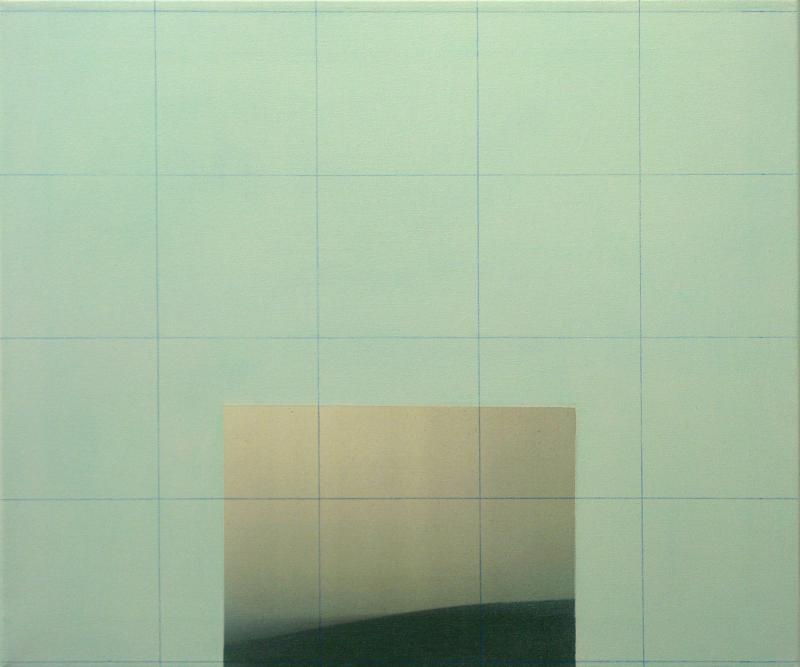 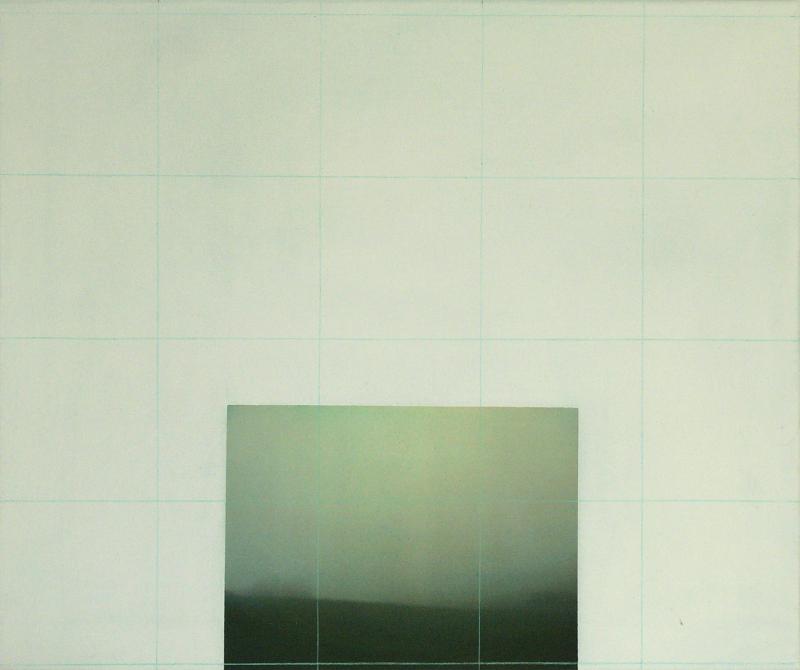 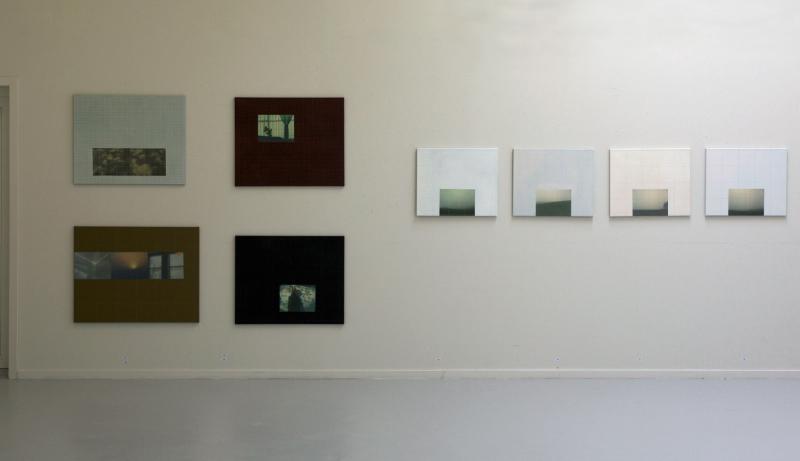 2-D OR NOT 2-D? Danish Artists Flirt with Space

The exhibition, which will be curated by Mille Guldbeck and Else Ploug Isaksen, consists of a selection of serious works by seven highly respected Danish artists that exhibit a rich sense of color and play. The thread that draws the diverse group of artists together is their approach to exploring the notion of flat space as a vehicle for painted landscapes and fine-tuned color, explorations that take them from specific associations with Denmark’s traditional painting and lead them into the realms of fantasy and to the borders of abstraction.

The paintings in the exhibit demonstrate that the outstanding functional design typically associated with Danish craft need not eliminate the poetic. Indeed, the varied works suggest that the concept of landscape can convey contemporary actuality with greater accuracy than depictions of actual geographic location. Although the Danish artists to be featured within this show have extensive exhibition records, several have never before been shown in the United States.

Milena Bonifacini
Bonafacini completed her education at the Royal Danish Academy of Fine Arts in 1989 and also holds a degree in Art Theory completed in 1991. Her most important solo exhibitions have been at Galleri LARM, Copenhagen, Overgaden, Copenhagen, Galleri Bie&Vadstrup, Copenhagen, and DCA Gallery in New York. Group exhibitions are numerous, some in collaboration with another participant in the exhibit (Bodil Nielsen), and include Charlottenborgs Spring Exhibition, Den Frie and Galerie Mikael Andersen, all in Copenhagen; Filosofgangen and a large exhibit at Kunsthallen Brandts Klædefabrik in Odense in Denmark. Other exhibitions include Ordsprog, Greve, Puzzle Parade, Køge Skitsesamling and White Box, New York, Kunstnernes Hus, Oslo, Galerie Poirel, Nancy, France, and Louisiana Udstilling in Humlebæk.

Mille Guldbeck (Co-Curator)
Guldbeck completed her education in painting at the Jutland Fine Arts Academy in 1985, and her MFA from the University of Iowa in 1995. Prior to that time she completed degrees in Anthropology, Painting and Printmaking. She was awarded a post-graduate Fellowship to the University of Zagreb, Croatia, where she conducted a large scale photographic project funded by both The Danish Ministry of Education and Knud Hojgaards Fund. Guldbeck is currently an Associate Professor of Painting and Graduate Coordinator at Bowling Green State University in Ohio, where she has taught painting since 1999. She is the recipient of an Ohio Arts Council Individual Artist Fellowship, an Iowa Arts Council Grant funded by the National Endowment for the Arts, the Knud Hojgaard Fund and several artist residencies including the Ragdale Foundation, Anderson Ranch Arts Center, the Vermont Studio Center and Hollufgård in Denmark. Recent solo and group exhibitions include Melanee Cooper Gallery and Artemisia Gallery in Chicago, Bonfoey Gallery in Cleveland, Hanover College and Northern Indiana Arts Association in Indiana, Cedar Rapids Museum of Art in Iowa, “The American River,” a traveling exhibition originating at the Brattleboro Museum in Vermont, and the Toyohashi Museum in Japan. She has been awarded an American-Scandinavian Foundation Grant for 2006-07, an E.D. Foundation Grant, and the Lois Roth Endowment Fellow for 2007.

Else Ploug Isaksen (Co-Curator)
Isaksen completed her education in printmaking at the Jutland Fine Arts Academy in 1988. She went on to work with film at the European Film College in Denmark from 1995-96. She currently teaches Foundation classes in a variety of subjects at the Aarhus Kunstakademi in Aarhus, Denmark and contributes regularly as an editor and writer to aarhus.nu, an editorial about contemporary art. Her numerous exhibitions include recent solo shows at Galerie MøllerWitt in 2006, 2003,2000, Aarhus, Gallery BE, Nagoya, Japan, and Gallerie Broekhuis, Netherlands. Group exhibitions include invitationals at “Den Gyldne”, at Charlottenborg, Copenhagen, “Watch and Go”, Den Frie, Copenhagen, “International Drawing Symposium” in Viborg, and as a member of the artist collective, Guirlanden. She has been awarded The Danish National Art Foundation’s Grant of Honor three years in a row. She is the recipient of a Cultural Development Grant from Aarhus, the Knud Hojgaard Fund, and Jens Ejnar and Johanne Larsens Fund. Her work has been collected by the Danish National Art Foundation, the City of Aarhus and numerous art associations. Her public art projects include the decoration of the Aarhus Swimming Stadium and Vejle Hospital.

Bodil Nielsen
Nielsen completed her education at the Royal Danish Academy of Fine Arts in 1993, and also attended the Jan Van Eyck Akademie in the Netherlands. She has been the recipient of the Rome Prize for study in Rome, residencies in Rotterdam and the International Studio Program award in New York. Solo exhibitions include Galerie MøllerWitt, Aarhus, Galleri Søren Haumann, Copenhagen, and Galleri Basilisk, Copenhagen. Her work is in the collection of The Danish Arts Foundation and she has been the recipient of their Three-Year Work Grant. Important exhibitions in collaboration with Milena Bonifacini include FarveVolume at Brandts Klæde Fabrik in Odense, Overgaden in Copenhagen, Paintspace 3 in Copenhagen and Nikolaj Kirke in Copenhagen. Group exhibitions include international venues such as Kristianstad, Sweden, Rotterdam, Holland, and Oslo, Norway.

Jan Skovgård Skovgård
is a conceptual artist who submits his ongoing text material as his representative cv. His work is best described by a preoccupation with art history and its intersection with technology. Skovgard has had many exhibitions in Denmark include venues such as Brandts Klaedefabrik which published his book,The Permanent Collection (January 1990) in connection with the show; Charlottenborg, Copenhagen, as a guest in the artist group Guirlanden; in Aarhus Kunstbygning, and Aarhus Kunstmuseum. In Paris his work has been shown at “Locomotive”, and “Genie de la Bastille”. In New York he has shown work at Janet Borden Inc. and American Fine Arts Co.

Bodil Sohn Sohn
completed her education in Painting at the Jutland Fine Arts Academy in 1985. Recent solo exhibitions include “Human Sites” at Scandinavian Centre in Aarhus and SIGHT_SITE at KunstCentret Silkeborg Bad. She is currently developing an interactive e-learning activities program ArtXplorer for AroS Aarhus Kunstmuseum in Denmark. She has been an active participant in prominent Danish group exhibitions and artist collectives such as Guirlanden, which holds annual exhibitions in Aarhus. Other noteworthy exhibitions include PRO at Charlottenborg in Copenhagen, Denmark and Zeitenwende in Meldorf, Germany. She has been the recipient of the Rome Prize for a residency in Rome, received funding from the Danish Arts Foundation, Cultural Development Fund of Aarhus Commune, The Georg Harm Foundation, The Jens Ejnar and Johannes Larsen Foundation, and The Queen Ingrid Romer Foundation. Her work is in private and public collections such as the Silkeborg Museum.

Flirting with Space by Mille Guldbeck

Much of the discussion that has taken place over the past 50 years about visual art has identified “space” as its primary concern. Clement Greenberg was a champion of flatness, Michel Foucault spoke to verbal diagrams, and Rosalind Krauss was making a case for sculpture to be understood in an “expanded space”. The various ideas related to the notion of how space is interpreted are also of concern to artists themselves and not only critics. Through the widened definition of space, we can trace a history of artists such as Jackson Pollock, Lucio Fontana, Donald Judd, and even a performance artist such as Vito Acconci, all exploring different notions of what the concept “space” constitutes in art today and how it is created. Early in the 1980s, Frank Stella proposed in his book, Working Space, that contemporary art and specifically abstract painting was very limited in the type of space that it created. Stella states, “after all, the aim of art is to create space - space that is not compromised by decoration or illustration…This is what painting has always been about.” To understand the many developments in painting during the last twenty years, Stella’s views are a good starting point. In creating places and things that belong together, what is plastic must hold a very special position in relationship to emptiness, the specificity of the place. Modernist art has understood the painting as a search for the absolute; “Flirting with Space” offers skepticism about absolutes and is presented to engage contemporary discourse about painting.

For the Danish artists invited to participate in this exhibition, how and why space is created on a two-dimensional surface continues to be a central concern. The artists are bound together conceptually, each engaging in a discussion with their media and format of choice, often working in a mutually dependent arena between sculpture and painting, using the traditions of one medium to open insights into another form. Today, when we are told that the future holds primarily digital, virtual and electronic realities, these artists have spent the last ten years playing with the physicality of the object, succumbing to the desire to touch the surface and delight in the possibilities of color. The work is not created in ignorance or cynicism of the current climate, merely stubbornly insistent upon play and curiosity. Most employ a wide variety of techniques, many based on printmaking. The images shift scale, move from gesture to illusion, from serious formalism to comic strip lightness.

Do we live in a culture defined by fact and materiality? Most definitely, but is not only the materiality that Pollock knew. Our technology encompasses typewriters and computer screens, film and the single photograph, the virtual as well as something tangible and physical. But there remain artistic options. The artist can create work that incorporates the technology and relies on electronic media. The artist can take an escapist stance and retreat into themselves, thus creating something of an otherworldly beauty. Or artists can take the traditional forms of art that they have been trained in and create work taking into account the impact of contemporary life along with the habits of vision and touch that the culture has handed down to us. All of these artists are connected to a tradition and yet are prepared to say that painting is not dead and that it remains an option to paint as well watch a DVD, think and speculate as well as decorate.

Brochure in English. 2-D or Not 2-D. Danish Artists Flirt With Space